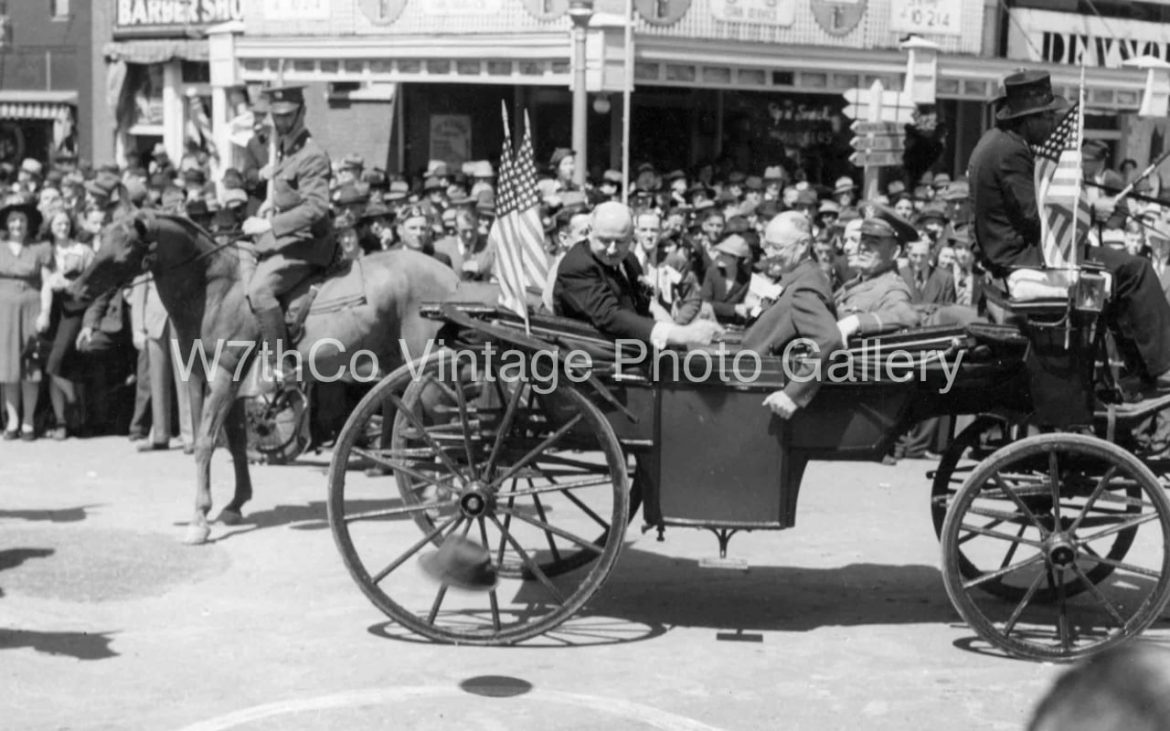 You might not be familiar with the name James Farley, but in 1940 he was quite well known both as the Postmaster General of United States and a power in the Democratic Party. Maury County had been selected for construction of new Post Offices in Mt. Pleasant and Columbia. Mr. Farley was scheduled to visit the towns for dedication ceremonies. The visit coincided with Mule Day, the first Monday in April 1940, and James Farley was invited to participate in the parade.

However, as these sorts of events go, it seems that there was a lot more planning that went on behind the scenes. Mr. Farley was an outspoken member of the National Democratic Party and also a friend of President Franklin Delano Roosevelt. When Farley learned that President Roosevelt was going to forego the tradition of previous U.S. Presidents and consider running for a third term, he decided that he would also make a run for the nomination. Along with all of the many events, photo-ops and ceremonies for the new Postal buildings, Mr. Farley had another very important task while in Columbia.

On April 1, 1940 the Mule Day parade began as it had for many years with riders on horses, mules, floats and wagons making their way down W 7th St. to the Public Square. James Farley rode in a horse drawn carriage with Tennessee Governor, Prentice Cooper, Chairman of Mule Day, W. D. Hastings, Congressman, Wirt Courtney and Captain Waverly Hayes Jackson. A chalk circle had been drawn on the street just before the intersection of W 7th St. and Public Square. Just as Farley’s carriage approached the circle, he pulled his hat and threw it into the ring. As you can see from the feature photo for this post, the photographer had prior knowledge of this seemingly random act in order to capture the moment the hat was above the chalk ring. James Farley was literally and symbolically “tossing his hat into the ring” and announcing his intention to run for President in front of a crowd, according to newspapers, of 60,000 and in Columbia, Tennessee.

When we first came across this photo we did not know the back story. We thought it was amazing luck that someone captured this photo of a man losing his hat while waving it at the crowd during the Mule Day parade. It was only after doing some research in the Tennessean and other papers that we discovered the meaning of the mysterious chalk circle on W 7th St. that just so happens was drawn right outside of our gallery.