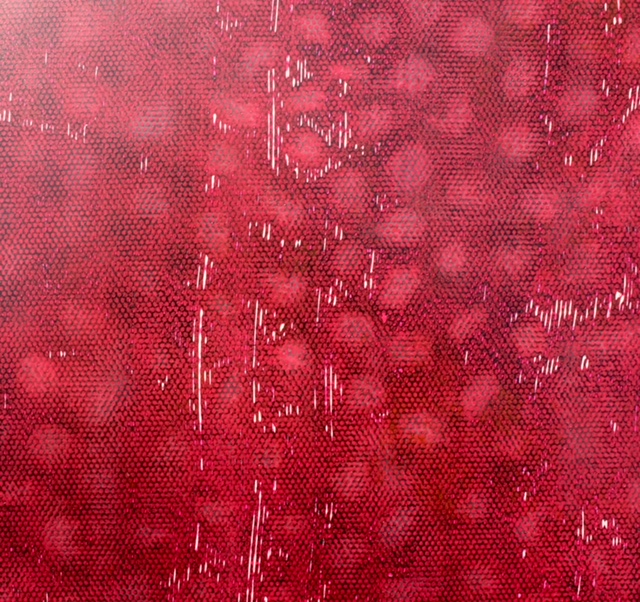 We are pleased to announce that W7thCo will exhibit select works by artist Warren Greene October 30 – November 24. This gallery take-over is titled, Aerosol.

Recently we were walking downtown when we ran into Warren Greene as he was dumpster diving to retrieve lumber from a building renovation. This is not an unusual site (both the renovations and Warren’ activities) for anyone in the historic district over the past couple of years. We struck up a conversation about the renewal in Columbia, the craziness of what gets thrown away and art. Warren explained that he was between gallery representation and, in fact, was taking a pause to reflect on his painting and the direction it was headed.

Kim has been a fan of Warren’s art since she first discovered it at the Cumberland Gallery a decade ago. Even before we opened W7thCo Gallery she had expressed a hope that his work would someday be shown in Columbia so people could know that we had an artist of that level who had come from the community. After Warren and his family moved back to Columbia in 2016, Kim would bring up that subject. However, with obligations to galleries in Nashville and Memphis it was unlikely that exhibit would ever happen in our city. So, when Warren said he was between galleries it seemed the time had come.

Now, normally we show only the photos of the Orman Collection as that, along with cataloguing and preservation, is the sole focus of our gallery. However, when you have a rare opportunity to display the works of such a talented native son, you have to seize it and we did. Although Warren’s work has little in common with the black and white photos from the Orman Studio, they do have one undeniable bond, exceptional art. We felt that it was time that Columbia had the chance to see works by an artist who has been exhibited at the Frist Art Museum in Nashville as well as other cities including Memphis and Chicago.

Warren Greene: Aerosol, will be on display for a limited time and that’s why we call this a gallery take-over. This exhibit comes on the heels of the launch of our Autumn 2019 show, but you will still be able to see the photos in the rear of the gallery and of course online.

To learn more about Warren Greene and see his artwork click here.