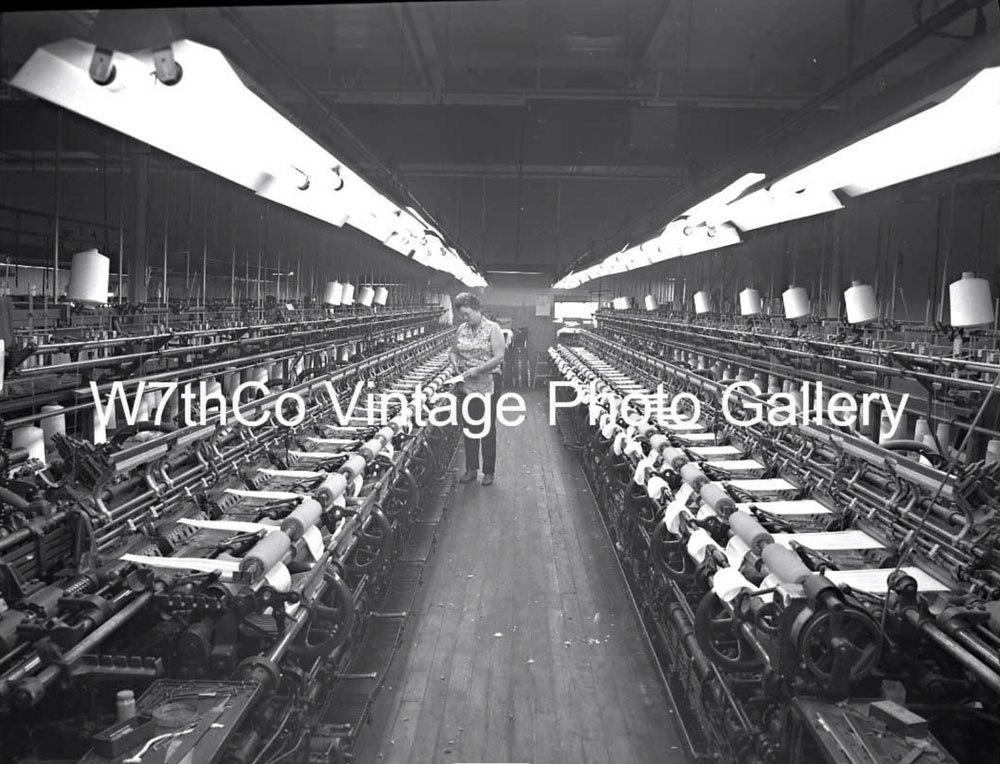 Aside from our iconic Courthouse, one of the landmarks that can be seen from quite some distance when coming in to Columbia is an old water tower. That is the site of the old Tennessee Knitting Mills (TKM) facility. Which closed in 1981.

TKM produced hosiery for many years in this manufacturing plant. However, TKM was not always TKM. It began as the Cadet Hosiery Mill when the building was completed in 1930, but the company went into receivership and was auctioned in 1931. The Massachusetts Knitting Mills, headquartered in Boston purchased the mill and resumed operations. By the 1940’s it was known as the Tennessee Knitting Mills and, at the height of production, employed as many as six hundred workers.

This photo was taken c. 1970 and shows a female employee checking the fabric on a power loom. The symmetry of the old machinery producing nylon is rather striking and shows the skill of Ray Burt as he takes an industrial promotional photo and turns it into a work of art. We have a few of the interior of the mill and some of the outside at different times over the decades including some from 1934. We are sure to find more and hoping to find some of the baseball field that the company built on the property.