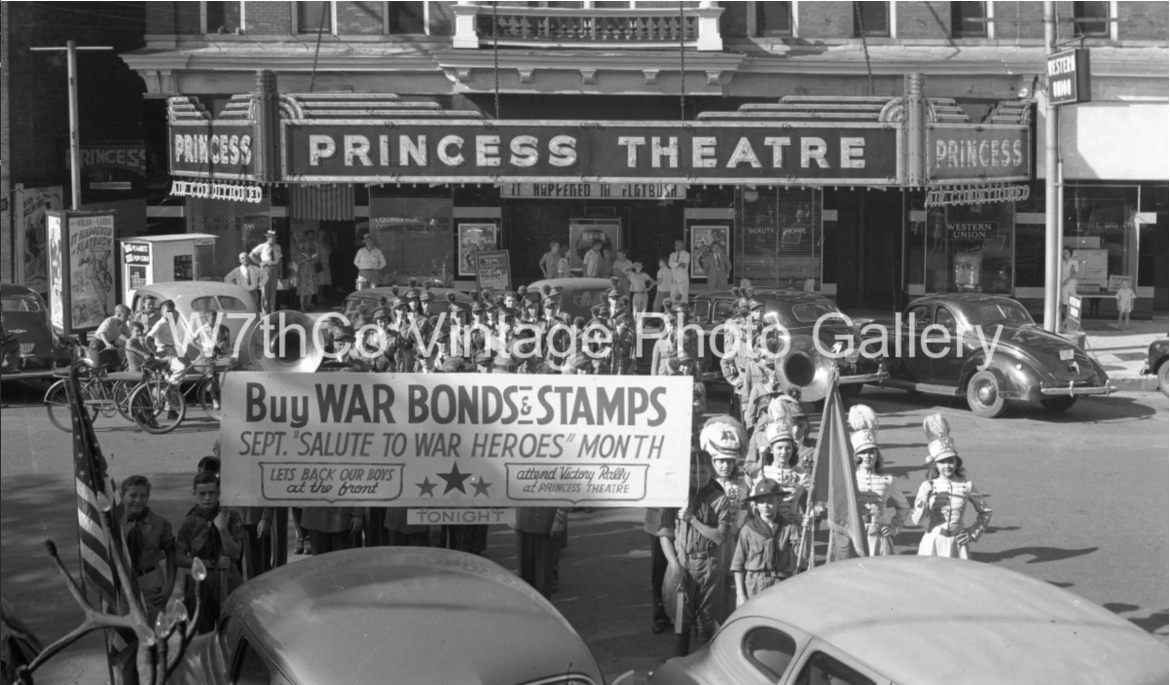 When you are around photos of the past, it’s easy to imagine what it would be like to have lived in those times. However, I can’t imagine what life was like during World War II. The idea of rationing seems quite foreign in comparison to today’s all you can eat buffets and supersize fries. The political landscape of division that we are experiencing now is a far cry from the unity of the 1940’s.

Recently we came across a series of photos from 1942 showing the Columbia Central High School band parading around the square to promote a war bond sale. There are shots from different parts of Public Square and W 7th St. People are gathered to watch the band perform and Boy Scouts lead the parade with a banner advertising an event later that evening at the Princess. It culminates at the new U.S. Post Office on S Garden St. where a rally is held and speeches are made. There is a fabulous shot of a crowd with the old Presbyterian Church in the background.

It’s hard to choose favorites, but there was one photo from this series that we just had to include in our latest show. This photo has so much going on. Boy Scouts, bikes, the CHS Band, the American flag, the Princess Theatre and so much more. One interesting detail is in the lower right corner. You can see the horns of the bronze elk statue that used to stand in front of the Elk’s Club on W 7th St. Really, there is so much in this photo you have to see it in a large print. You’re in luck too, because it turns out we have one on display now at our gallery. Come see it and we’ll tell you more.