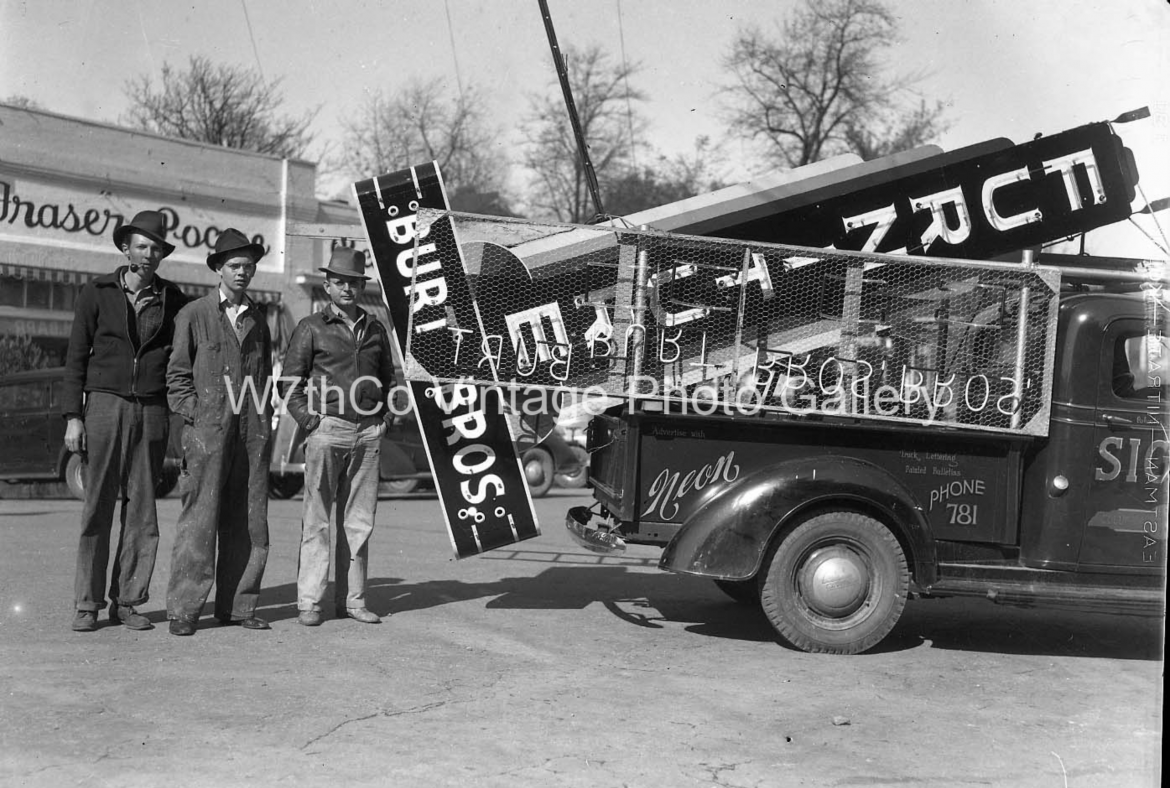 You may be aware that we are now open on Wednesdays. Which means we are open Wed. – Sat. 10 a.m. to 6 p.m. and Sunday noon to 4 p.m. However, from time to time we are open (by plan or accident) at other days and times. This past Monday was one of those days. We were expecting a package from FedEx (that’s another story!) and so had the front door open. Even though we were not technically open, we are happy to have visitors when they happen to come by.

Among the folks to walk through our door were a couple that were from Columbia, but now live in Harrison, TN. After introductions, the lady said her father was Mr. Whittaker and he was a sign painter. We of course were familiar with Mr. Whittaker’s signs as we have photos of many of them. We also have a photo of his truck from last Summer’s show. Knowing she might like to see it, we pulled it out of a bin and handed it to her. She was quite surprised (as people often are) that we would have a photo that related to her family. Then we showed her other photos from this series that included three men standing behind the truck. One of them was Alfred Patterson Whittaker, her father (man on photo right nearest the truck).

She explained that her father had lost three fingers on one of his hands and could not get in to the military or find a suitable job because of the accident. So, he started painting signs. The sign painting turned into Columbia Sign Co. and, after her father started working with neon, eventually became Columbia Neon Co. We have seen this transition in photos of signs that Mr. Whittaker painted by hand around Columbia. You can see many of them in the album Signs and Neon on our website.

It’s always good to meet people and hear their stories. Even better when people find family members in our photos and help us identify them too. Have you been to our gallery yet? Never know what or who you just might find.