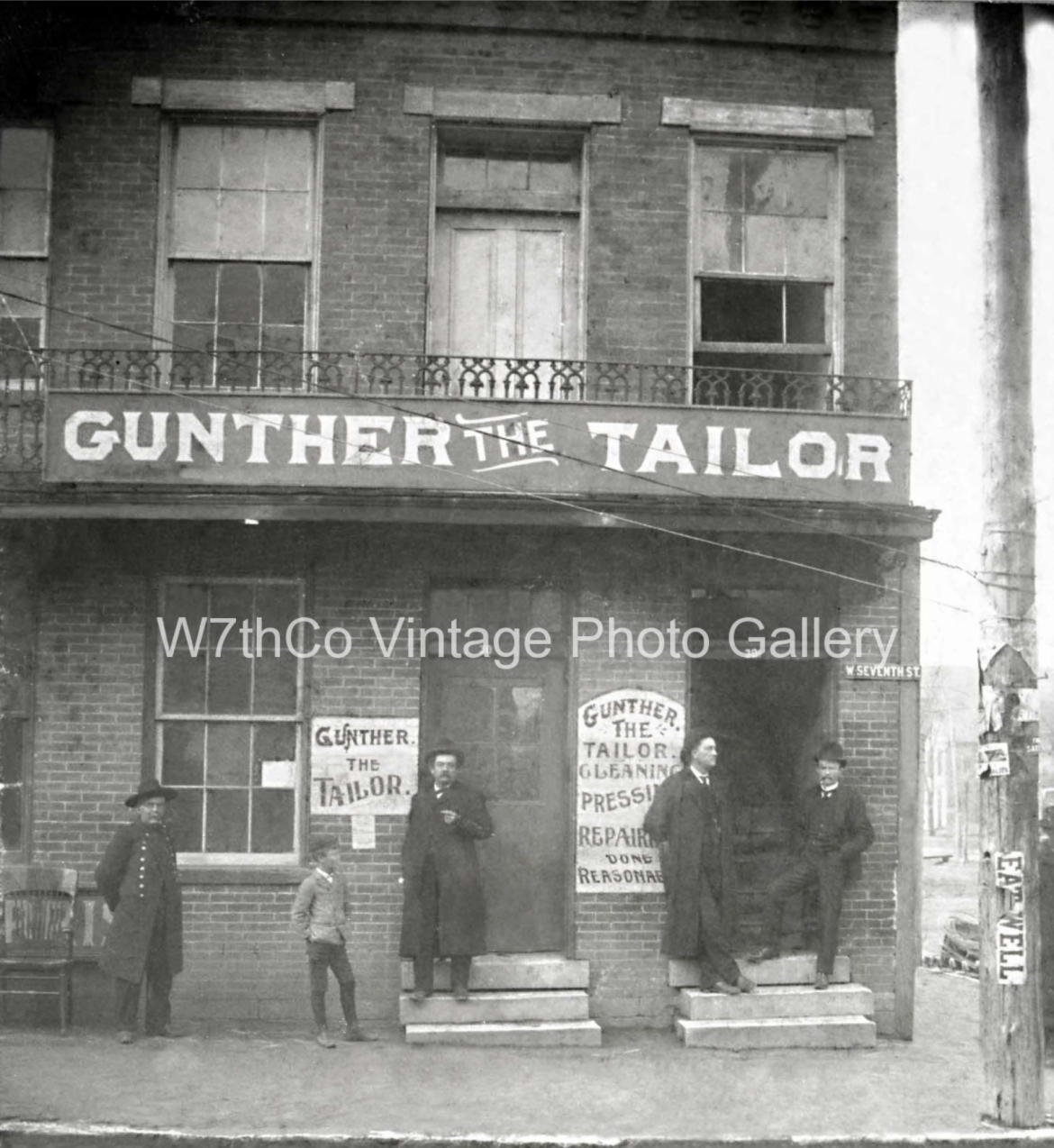 We have always liked the photo of Gunther the Tailor and it was featured in our opening show. The photo is most likely from 1898 because not long after this building and nearly the entire block was demolished for the construction of the Woldridge Drug Store and McKennon, Anderson & Foster department store. It can’t be much earlier because Gunther was only in Columbia for a few years. And that leads us to the short, sad tale of Gunther the Tailor.

His name was Oscar G. Gunther and he was born in Ohio on Aug. 22, 1873 to immigrant parents. His father was a tailor and Oscar learned the trade and worked in the family business. As a young man he set out to make his mark in the world and came to Tennessee to find work as a tailor. He worked in Columbia for another tailor (possibly Maurice the tailor), but went out on his own and soon created a reputation for his work. Gunther billed himself as the “up to date tailor” and offered $3 tailored pairs of pants as well as repairs “done reasonable”. His business moved around the square, but he may have started in Maurice the tailor’s location on the corner of W 7th and Garden St (as seen in the photo). From there he had at least two other locations and announced the moves in advertising found in the Herald.

On July 11, 1899 O. G. Gunther married Annie Bennett. The couple are described as well thought of and Gunther’s tailoring reputation is spoken of as well. The June 1900 Census lists the couple as living on High Street and having been married for less than a year. Gunther was made a deacon at the Cumberland Presbyterian Church and it would seem that life was going well. Then Gunther fell ill. He and Annie were boarding at the house of W. J. Guest when, in a feverish state (the paper says 105º), Gunther jumped from the second story window. According to the August 10, 1900 story in the Herald, Gunther landed on his shoulder and appeared to be uninjured by the fall. However, Gunther’s illness did not go away. The couple moved to Hood’s Hotel on the square and hired a nurse to attend to Gunther. On August 14 his wife left the room to get ice water for the fever in the afternoon and when the nurse was not looking, Gunther once again jumped from a window about 25′ above the ground. This time he was seriously injured landing on a wooden platform near the rear entrance to his tailor shop. He broke an arm and fractured his skull. His employees rushed him to a doctor, but as the Herald headline states, “His Injuries Prove Fatal”, Gunther passed away at the age of 26.

We wonder, is that Oscar G. Gunther standing proudly in the doorway of his new business wearing a bowler hat and a fine suit that he no doubt made? Although we may never know for sure, it’s nice to think so and see Gunther the Tailor as he was.