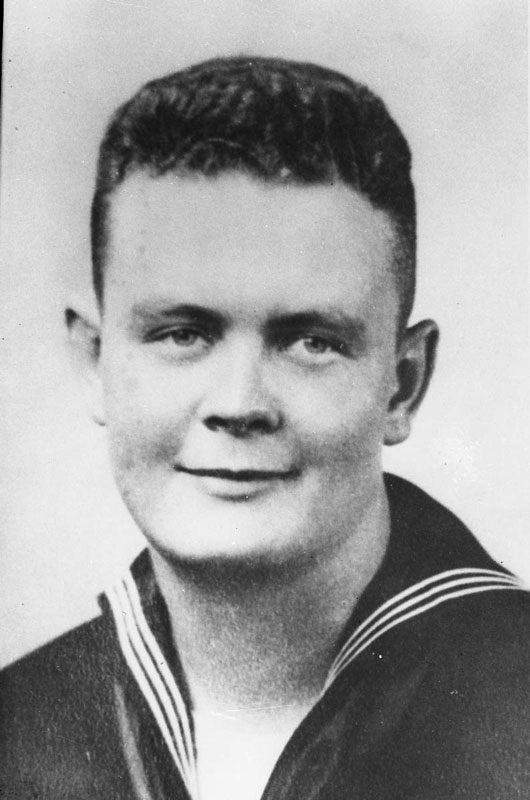 Each year we observe Memorial Day in the United States, but how often do we take a moment to think about what this day is really about? I recently had a conversation with a visitor to the gallery that led to talking about the John Harlan Willis, Jr. memorial bridge on Highway 31. Like a lot of people, this young lady had driven over the bridge countless times, but never knew just who the bridge was named for. No doubt this is a common experience that all of us have had at one time or another. We cross a bridge, drive down a road or enter a building that is named for someone without ever considering the story behind the name. So on this Memorial Day I would like to tell you the story behind the name on this bridge and one of Columbia’s finest sons.

Like many young men from Maury County, John Harlan Willis answered the call to serve and joined the United States Navy in 1940. He became a pharmacist’s mate during World War II and served as a platoon corpsman with the Third Battalion, Twenty-seventh Marines, Fifth Marine Division at the Battle of Iwo Jima. Willis’ division were assigned the arduous task of taking the infamous Hill 362. The fight to take Hill 362 was vicious and the Marines suffered numerous casualties. As a corpsman, Willis was on the battlefield attending to and rescuing injured Marines while under fire from the Japanese pillboxes, mortar shells and snipers. At one point he was hit by shrapnel and wounded. Willis released himself from an aid station and returned to the battlefield to aid his fellow Marines. He fearlessly ventured to the front line to aid a Marine lying wounded in a shell-hole. Amazingly, he administered plasma to the wounded Marine while catching live grenades hurled into the hole and throwing them back. Willis was able to retrieve and throw grenades away from his position eight times before his luck ran out when holding grenade number nine.

For his selflessness and bravery, John Harlan Willis, Jr. was posthumously awarded the Medal of Honor. This is what Memorial Day is all about, honoring those who sacrificed themselves for others, our safety and our freedom. I think about it every time I cross the bridge that bears his name.