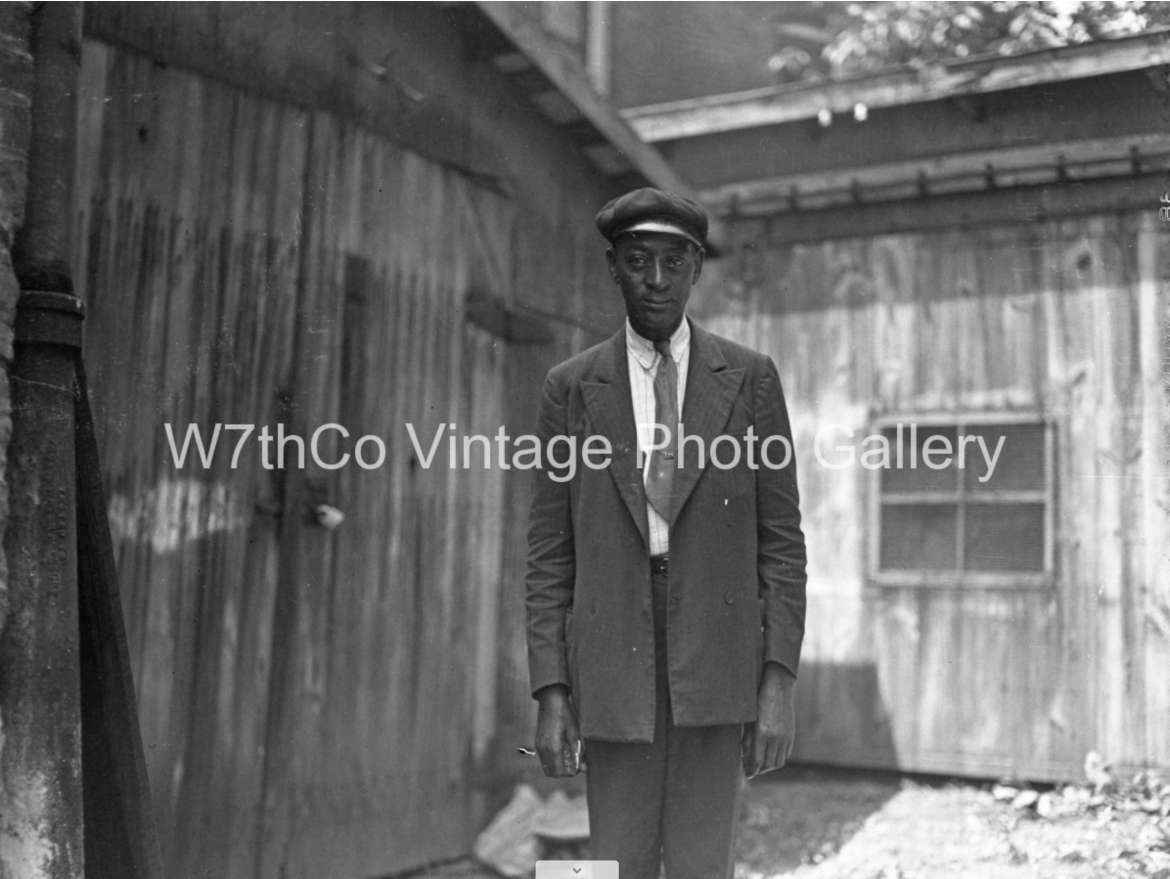 Part of the fun we have going through photos is doing research. This negative was in an envelope marked “Slim” and was dated 1939. From the background we knew that was taken behind the Bethel Hotel at what was once a livery stable, but by this time had been converted to a garage. Another photo in the envelope showed Slim with a limo and we had seen him driving Bowser Frake’s car so, we guessed that Slim worked as a driver for the Bethel. That’s all we had to go on… until doing research on another photo during WWII.

While reading a new story from a 1942 Daily Herald, we saw a story about “Slim” that worked at the Bethel who had recently passed away. Suddenly we had a name, Edgar Harlan Mayes (aka Slim or Slim Jim). Turns out Slim was a well known baseball player in Maury County. More digging and we found that Slim was a left-handed pitcher that played for local Columbia teams, but also in the Negro Leagues for a Chicago team (still trying to find out which team).

In fact, Slim made the news quite often with his pitching ability during the years 1911 – 1915. Whether he was striking out seventeen of the Nashville Standard Giants or a catcher getting one of “Slim Jim’s benders right on the nose”, it seems that this South paw was a skilled pitcher. One story even refers to him as a “phenomenon”. However, he must have been well loved by the people of Columbia because his wedding at St. Paul’s AME also made the paper in 1912 with the headline, “Swell Wedding at St. Paul’s”. The story describes the event and nuptials between Slim and Jessie Brinkley (possibly Binkley) and how well attended the wedding was.

We have yet to find newspaper articles from Chicago that definitively are Edgar Harlan Mayes because “Slim” seems to be a common nickname in baseball of that era. We did learn that Slim returned from Chicago and continued working at the Bethel as a porter and driver, a job he started at age 15, until he died in October of 1942 at the age of 53.

Do you know anything about Slim? We’d love to know more. Come by and see his photo and our current show.