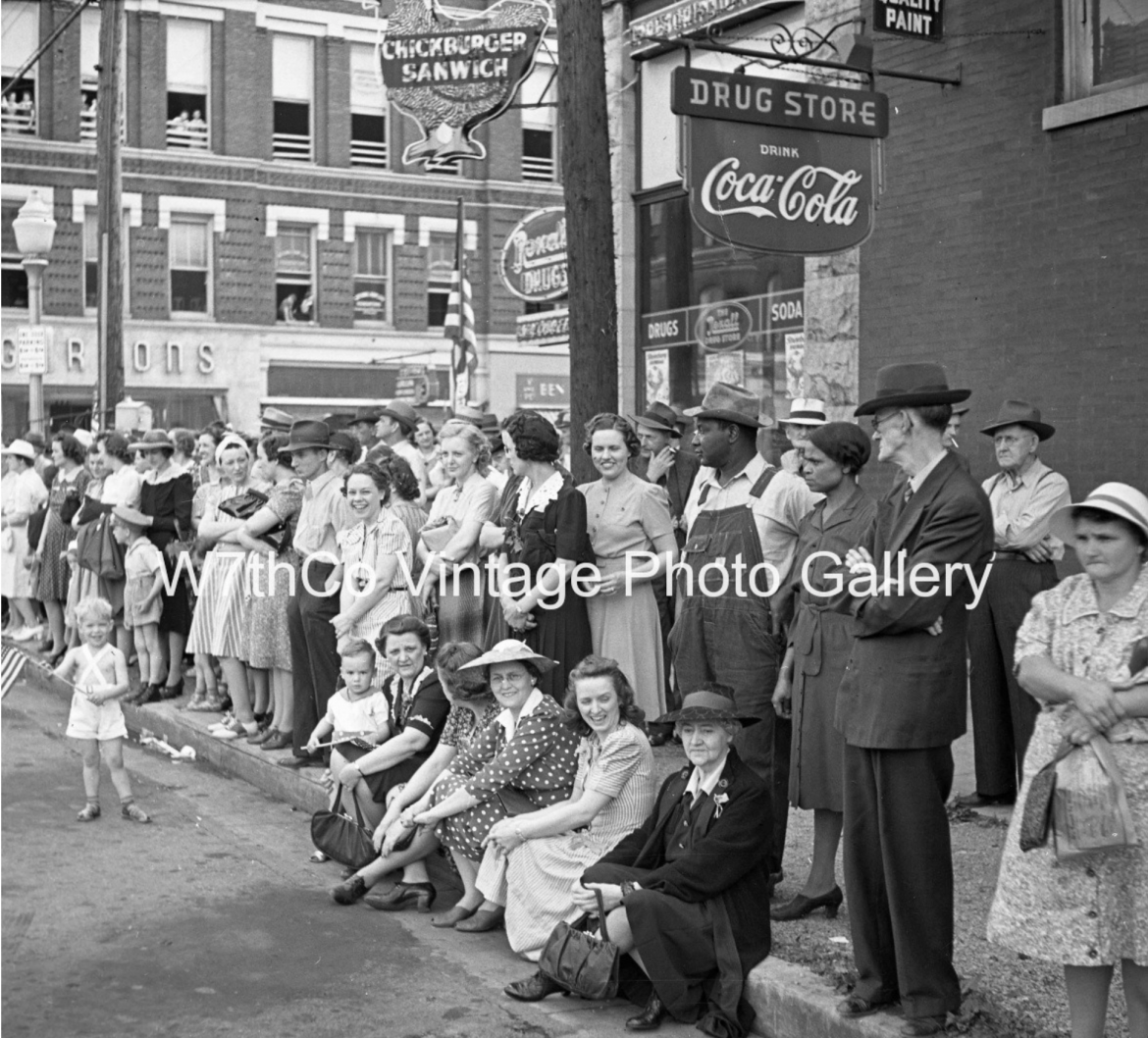 What’s a War Bond Cavalcade? Good question and it’s one that we wanted to answer when we came across this set of photos.

The year was 1942 and America was at war. General Douglas MacArthur told his wife Jean how his soldiers were lacking the equipment and supplies they needed for victory. Mrs. MacArthur decided to do something about that and the idea of parades and bond sales was set into motion. Turns out Jean MacArthur grew up in Murfreesboro and, knowing the generosity of the Volunteer State, a series of events were planned for more than a dozen cities in Middle Tennessee over a three day period in May of 1942. Columbia was one of those cities. A goal of $3Million was set and reached.

On the last day of the trip, the cavalcade made an unscheduled stop in Mt. Pleasant before arriving in Columbia. The five busloads of boosters were joined by the Columbia Central High School band, the Columbia Military Academy band and six thousand cheering citizens of the town. The bands paraded down Garden St. where the rally began on the steps of the new United States Post Office. According to reports, the Columbia crowd was the most enthusiastic of all the towns visited. After the sale of War Bonds and stamps, the bands began to play and there was a dance in the streets.

Can you imagine? Well, you don’t have to. We have photos like the one above that show what it was like when the Cavalcade came to town. In fact, there are two wonderful prints in our Summer show that you really should see. Come by and you’ll know what I mean.