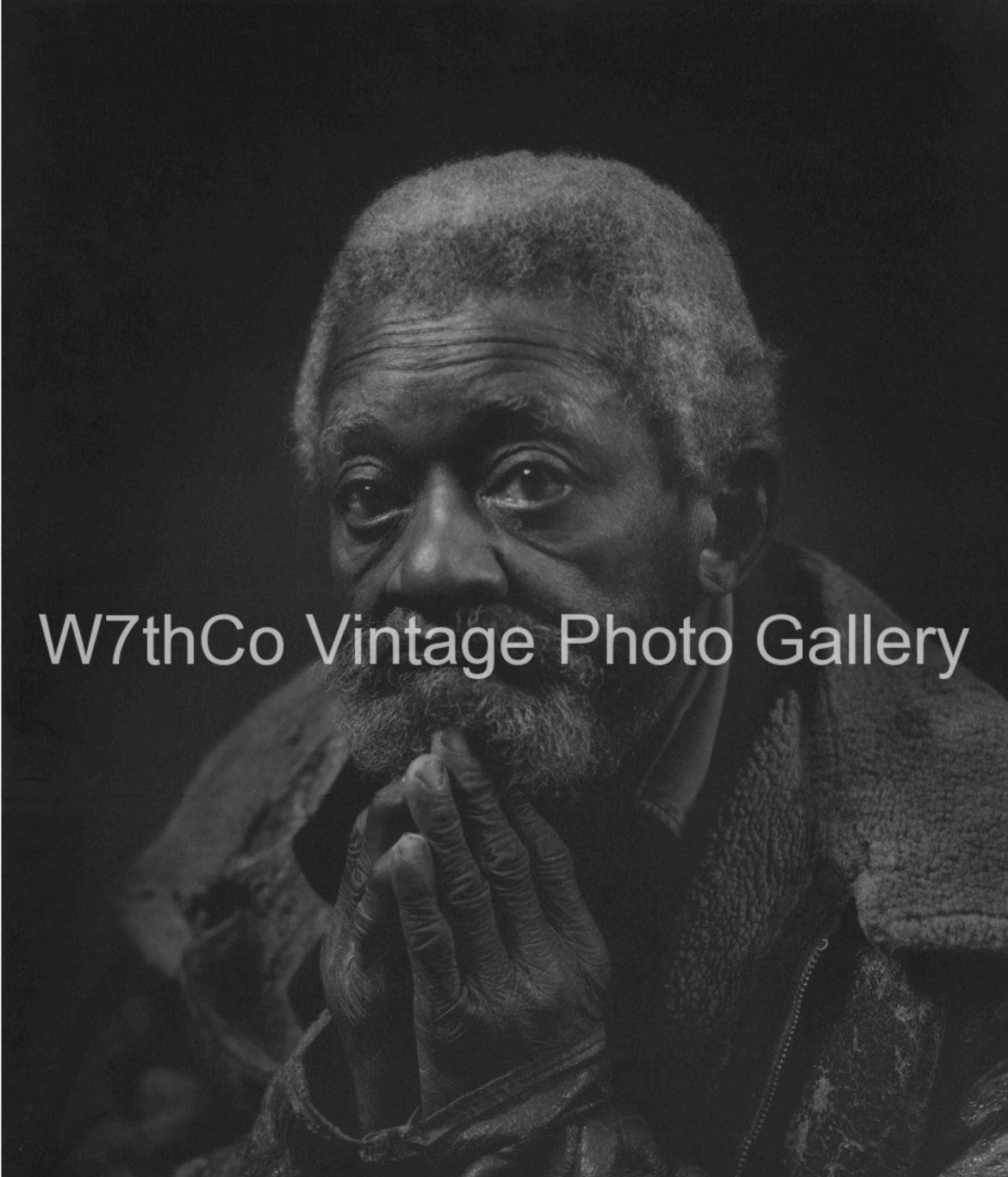 We are not a typical gallery or for that matter, a typical business either. Preservation and information is our goal and, because we have such a large collection of photo negatives, it really is more journey than anything else… and we are just starting out.

An example of this is a photo called “Shadow of the Cross” (the feature image for this post). This image was an easy pick for our very first show and has become a permanent display in the gallery. It was originally shot and printed as a competition entry with the Professional Photographers Association or PPA. In fact, we know that because we have the original print and that is where we learned the title for the portrait. However, what we did not know was who the man in the photo. We did think we knew who took the photo and when… but we were wrong.

For a while now we have been telling the story of this as a Ray Burt photo from 1962. We even hung the photo with another Ray Burt image, Uncle Ben, that won top awards in a PPA competition in 1963. Our story was that Ray won acclaim for the Shadow of the Cross and then won big the following year. It was a good story, but not the real story. Buster Orman is the photographer and the photo was taken ten years earlier.

When Ray and Buster were taking portraits for competition submission, they often took several shots and tried different poses as well. Uncle Ben is part of a series (you can see all of them in the online gallery) and so is Shadow of the Cross. We now have discovered other shots from this series and have updated information from the envelopes that contained the negatives. Some are similar with only slight adjustments to the shutter speed, but others are entirely different like The News and Gentle Voices (which can also be seen online).

We are happy to be able to give credit where it is due and attribute this wonderful photo to Buster Orman. Still, we do not have any clue as to the name of the gentleman in the photo. Perhaps now, knowing the photo was taken in the 1950’s, we will be able to find the identity of this unknown man.