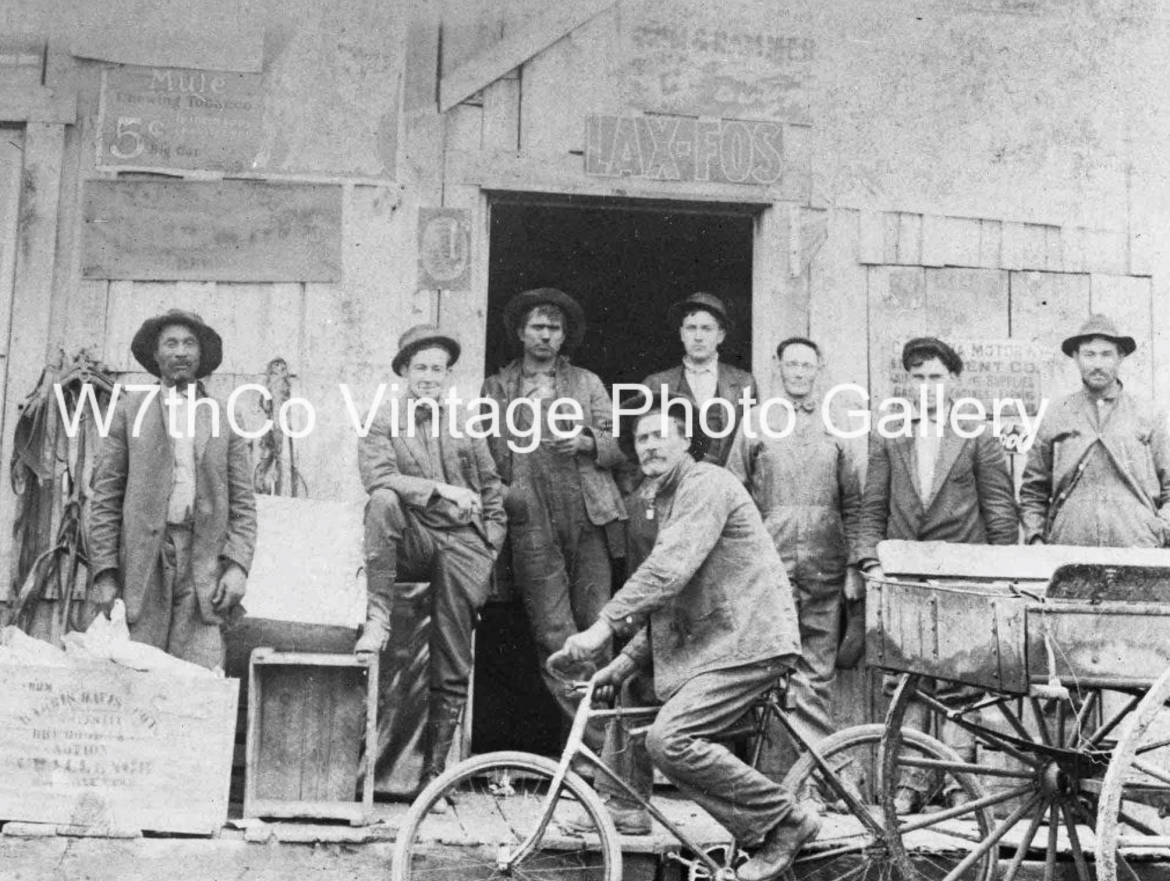 Auto dealers, garages and gas stations are so ubiquitous that it is hard to imagine a time when they didn’t exist. In the early days of automobiles they didn’t exist and someone had to invent them.

The Fry Brothers, Clarence and Carlton, were young entrepreneurs in Columbia. Seeing opportunities with the advent of the automobile, they set up a company and were granted a charter in May of 1910 for Fry Bros. Motor Company. However, car production and distribution were quite different in that time so the Fry Brothers had to hustle to get autos for inventory. They traveled to manufacturers and bought whatever type of car they could get from Buicks to Fords. They bought used cars too.

Realizing that people would need a place to store their cars when not in use, get repairs and need gas, The Frys established the first garage in Columbia. Others in town saw the future of autos and soon more garages were opened. Partnerships between these businesses turned into mergers and new companies emerged. That’s how the Columbia Motor & Implement Company came into being.

The business was located on N Garden Street behind the Masonic building.
As you can see in this 1913 photo of the Columbia Motor & Implement Co. the business included more than just cars. Like I said, these guys had to hustle and that meant working on anything with a motor and bicycles too. Clarence Fry became a rep for Pope Manufacturing, makers of the Columbia bicycle and Pope-Hartford vehicles. You can see a Columbia bike in the photo in the photo. We are pretty sure the the fella with his leg on a crate is Clarence Fry. However, not too long after this photo was taken things took a turn for the worse for the Columbia Motor & Implement Co.

In August of 1913 there was a terrible fire on the North side of W 7th that destroyed 3 buildings; Evans, Maury Dry Goods (where Bleu 32 is today), and Bogatzky & Bauman. Several other businesses were affected by the blaze including the Columbia Motor & Implement Co. Turns out storing cars and gasoline in a former livery stable is not the best idea. The Fry Bros. lost several cars in the fire, but also cars they did not own that were being stored or serviced. In total 21 cars were destroyed, 4 belonging to Bell Telephone.

The Fry Bros. survived and built another garage (brick this time) on N Main and ran a Ford dealership there for many years. Later Carlton Buick was in the Fry Bros. building and today it is the home of the Columbia Police Department. We have photos of each of these as well.