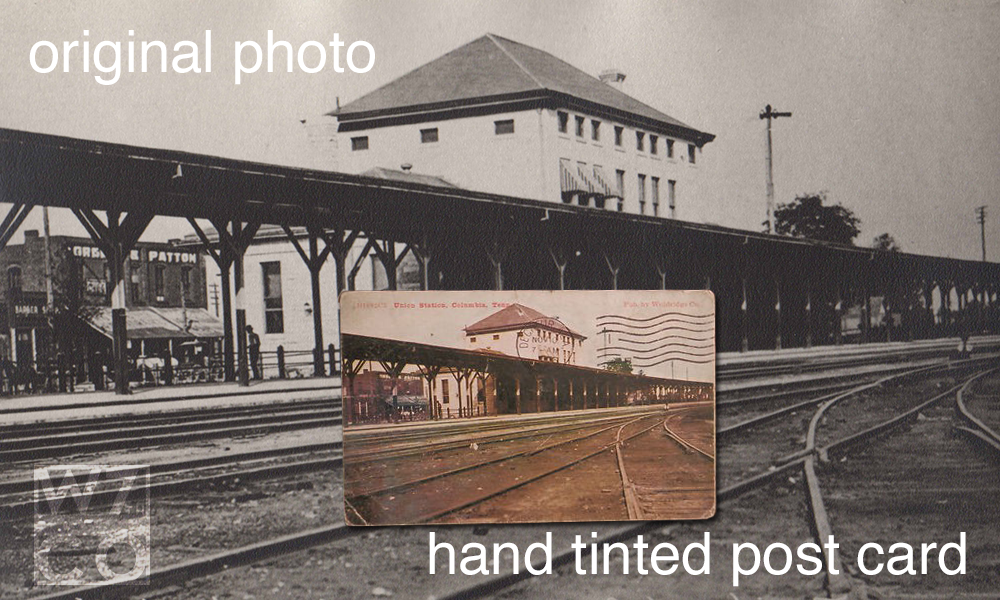 I found one that really caught my attention. It was a early 1900s photo of Union Station Columbia, Tennessee. The photo was instantly familiar to me as I had just put together a collection of photos, Railroad & Trains, and there was a photo of the depot. So, when I found the image of this post card I immediately went to the online archive to compare the two. Perfect match! This photo is not a similar photo of the Union Station (I didn’t know it was called that), but it is the exact photo that was obviously taken for the post card. The angle is exact, but also there is a man walking near the supports for the passenger platform.

This photo is one of many that pre-date the Orman Studio. We have some on display as part of our opening show, but there are other examples on the gallery site too. The Union Station photo is probably a Young or Daimwood photo as they were working in Columbia around this period and I have seen examples of their style. If you would like to see this photo, just click on this link or go to gallery.w7thco.com where you can choose from different collections of photos. You can also purchase prints of any that might strike your fancy in 3 sizes.