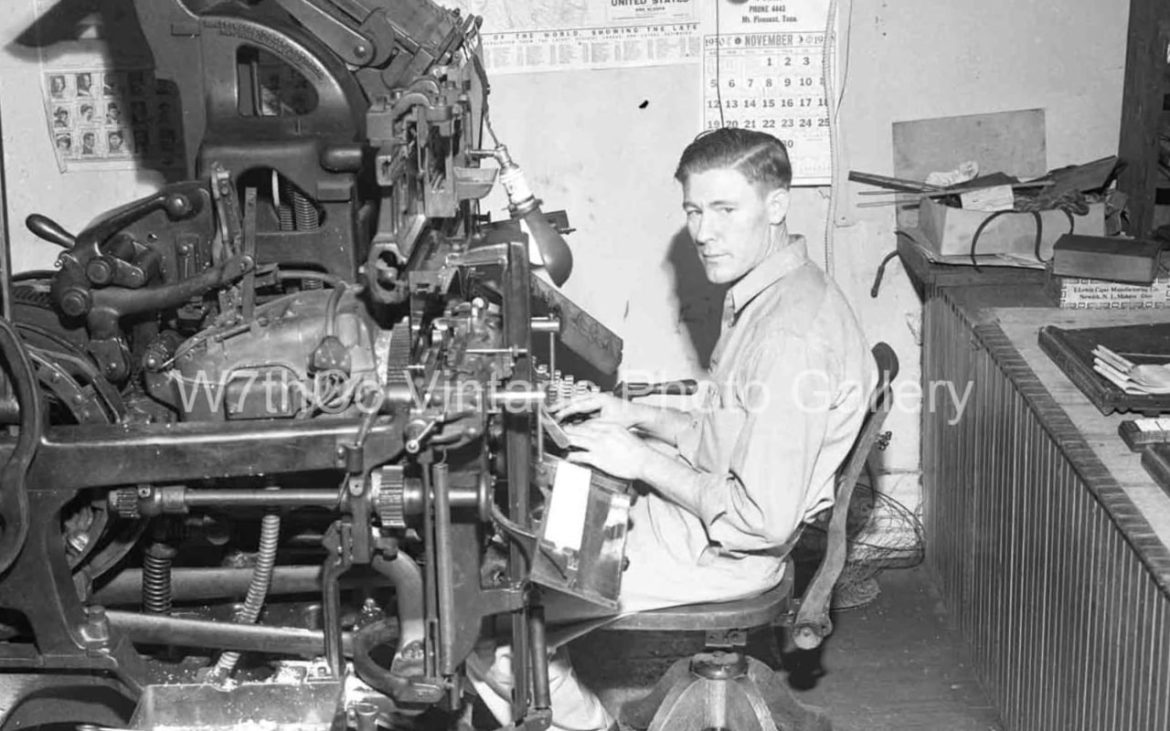 Don’t you just love a good coincidence? Mike and Pat Greene are regular visitors to the gallery. Both gentlemen have helped identify people in photos from Mt. Pleasant. That’s just what they were doing last week when we made an interesting discovery.

Pat and Mike just finished renovating 103 S. Main St. and launched the opening of their own gallery, Mt. Pleasant Record Gallery. The first show was an exhibition of works from students at local schools. Mike dropped in to tell us about the opening and to see what photos we had of Mt. Pleasant. We pulled up several images from many different years including some Hay Long High School yearbook photos. Mike pointed out several students he recognized from his school days, but said his brother Pat would be able to identify many more. A few days later the brothers returned with yearbooks in hand. We got straight to work and put the names to the faces of the Hay Long girls and boys basketball teams from 1963 along with the football team of the same year.

Then we pulled up photos of a man working on a linotype machine. The negatives were in an envelope marked C.L. Richard 1936. Based on the machinery we suspected that the photos were taken at a newspaper, but that’s all we had. As we discussed some of the details in the images Pat suddenly called to Mike and said, “that’s our floor!”
Turns out these photos were taken at the Mount Pleasant Record newspaper which, coincidentally, just happens to be the building that the Greene’s own. Pat told us about the burn marks on the floor that were made by hot lead slag that fell from the linotype machine as letterpress type was made.

As we examined the photos we started to question the year of attribution. There were two calendars on the wall that were not fully visible, but appeared to be from 1930-31. Looking up calendars from that period did not match the dates and days. However, 1950-51 did match. After looking at a higher resolution image we discovered that the calendars were indeed from 1950-51. Which of course means the photo is unlikely to be from 1936.

It’s because of people like Mike and Pat Greene spending their time helping us to identify people and places in our photos that we are able to learn more about our collection. Just a happy turn of fate that they discovered photos of the namesake of their gallery while visiting our gallery. You can see more Hay Long High and Mt. Pleasant photos online by clicking here. Oh, and if you know people in the photos be sure to let us know.