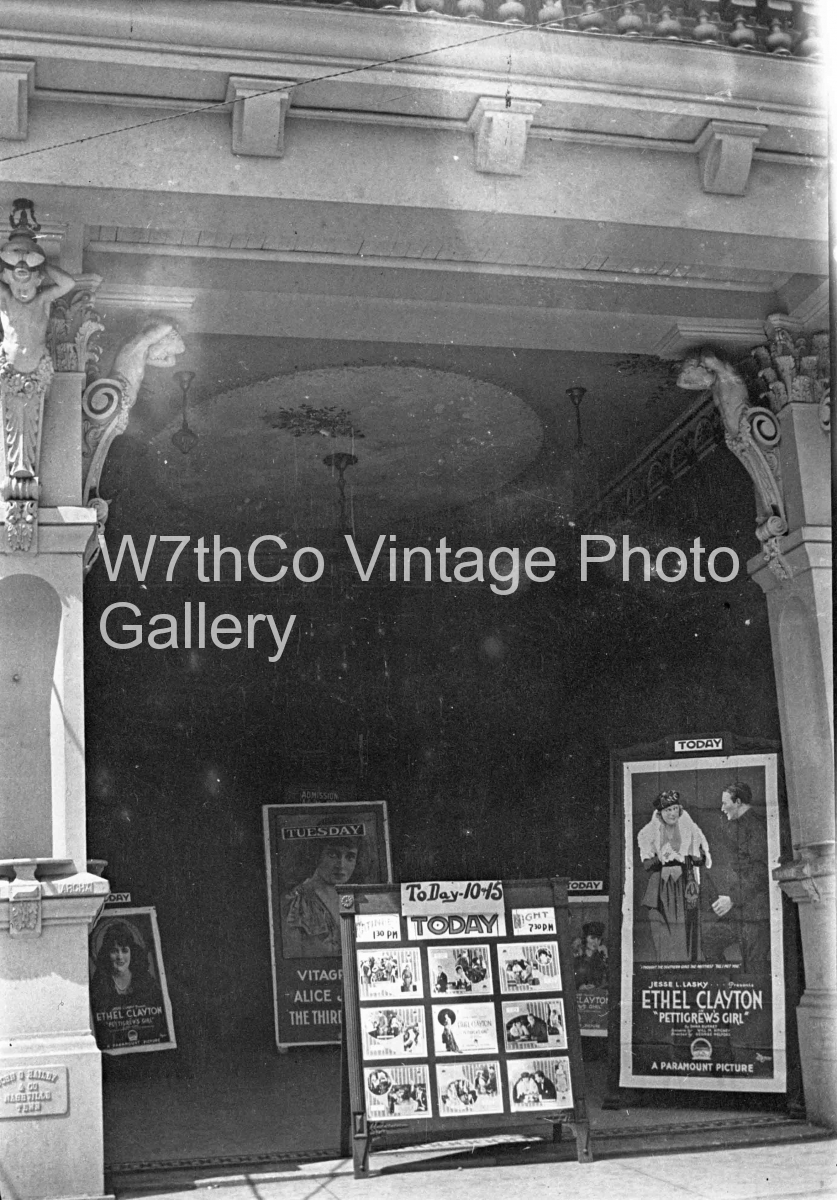 I often think about the places no longer around in Columbia that I would love to have had to the chance to see in person. At the top of my list would have to be the Bethel House and Princess Theatre. Built in 1882, the Bethell (as it was originally named) was truly a magnificent building and right beside it was the Grand Opera House (later the Princess Theatre) stretching for nearly an entire block. The Bethel was much more than just a hotel. Of course it had guest rooms, but it also was home to a restaurant, shops and all sorts of businesses. The Princess began as a real theater where plays, musical performances and even fashion shows could be seen. Around 1918 it began showing movies.

We are just beginning to come across more negatives of the Bethel and Princess. So, we put a collection together to share with you. There are photos dating back to the early 1900’s including the entrance to the Grand Opera House in 1919 taken by a teenage W. A. Orman. Tragically, both the Bethel and Princess were destroyed by fire in 1949 and this collection includes a photo of firefighters battling the blaze too. We’ll continue to add to this gallery, but you can see what we have so far by clicking here.