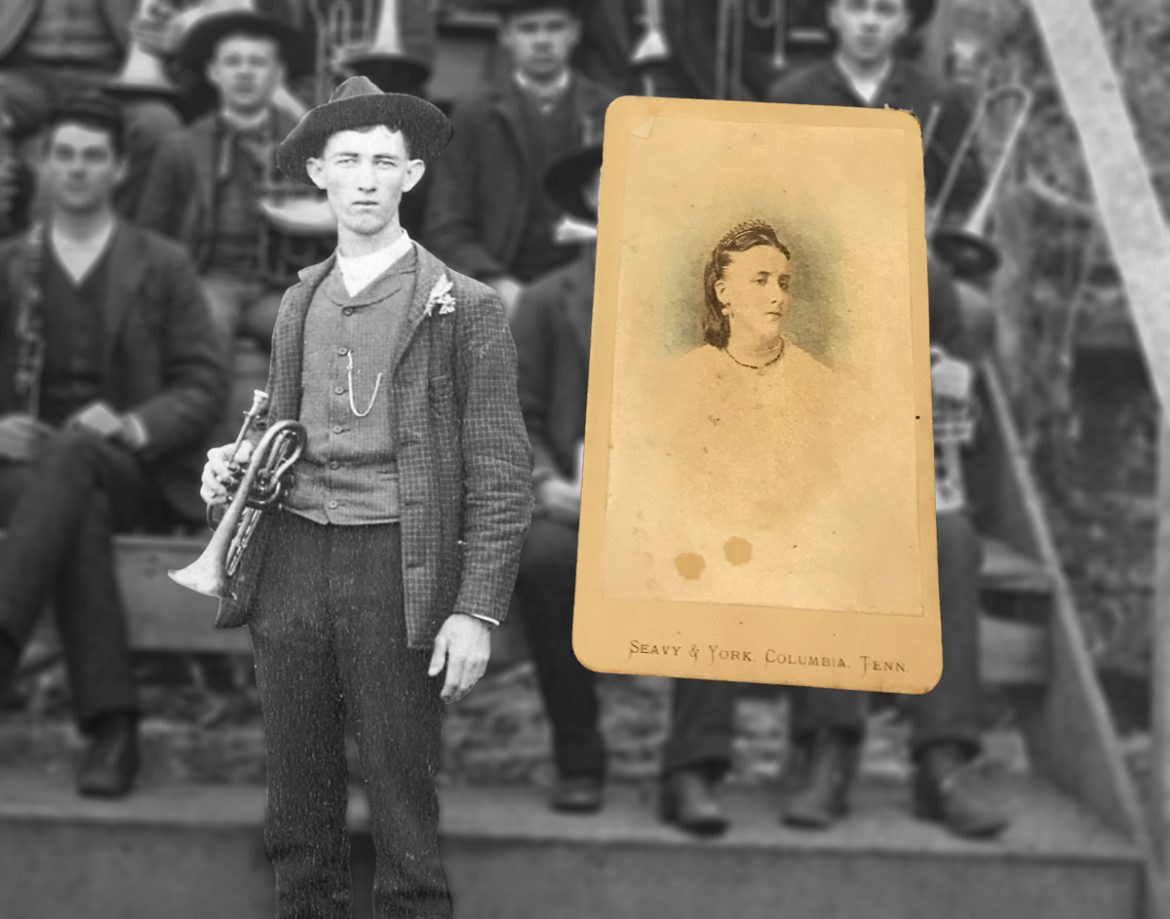 Every week is a new discovery at our gallery. So many of you have brought in cameras, photos and keepsakes to share your family story, and have ended up adding to our story. That’s exactly what happened this past weekend.

One of our favorite photos is H. P. Seavy and the Silver Helicon Band. Not only is it a great photo, but Mr. Seavy was one of the early photographers in Columbia having started his photo gallery on the Square in 1869 as the successor to E. G. Maire. Of course, having a photo of H. P. Seavy is great, but we can’t be sure that we have actually seen his photographic work… until now.

Our friend Mary brought in some family photos to see if we could help determine how old they might be. The images were bound in a small photo book with each page a sleeve with a photo inserted. Clearly they were from the 1800’s judging by the clothing and type of print. However, the big surprise came when we took the photos out of their sleeves and looked at the printing on the back of the photos. It was like a who’s who of Columbia photographers from the 19th Century.

First we saw one labeled E. G. Maire’s Gem studio. Then we saw Judd the Photographer and even a James Mahon. All of these photographers were working in Columbia in various times from the 1860’s to the 1890’s. However, there was one photo that stood out as it was hand tinted. Then we saw the label, Seavy & York Columbia, Tennessee. How exciting to have actual photos that were taken, processed and printed by these local gentlemen. Still, the Seavy photo was even more fascinating because he colored the image with his own hand.

Once again we have our gallery patrons to thank for taking the time to not only come by W7thCo, but to participate as well. We enjoy telling the stories of our photos, but we also love to hear their stories too.