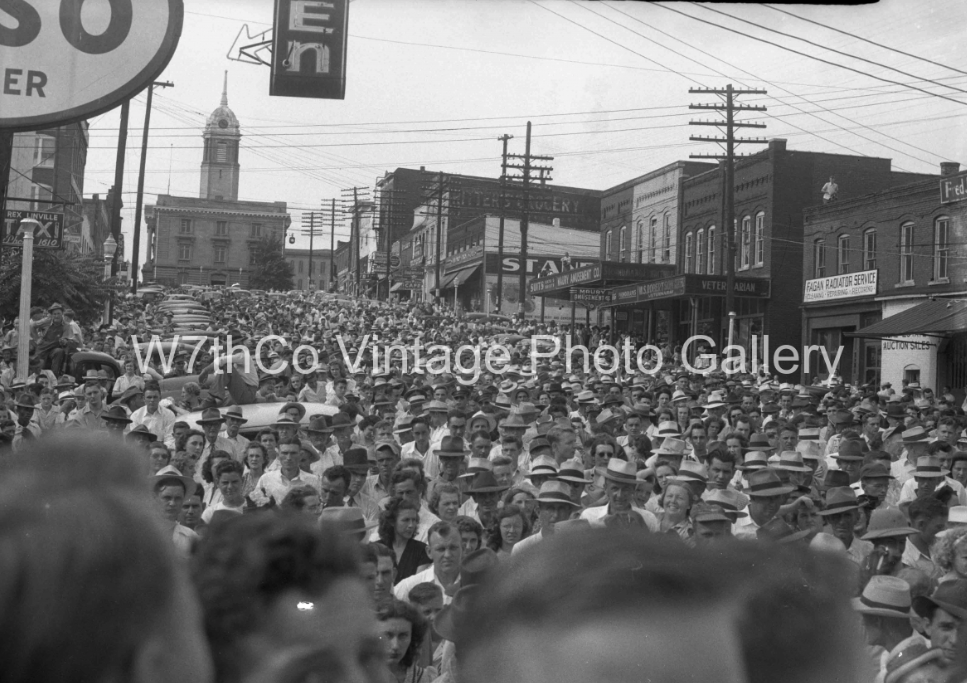 We have a carry over from our Spring show in the current show. Well, it’s more like the rest of the story. In our last show we had a wonderful crowd shot on South Main Street gathered for the grand opening of the Adwell Ford dealership c. 1948. Not long after we found another angle from that same day and learned who had taken the photo. It was a teenage Ray Burt. There he was on the right side of the photo on top of a building across from Adwell with camera in hand and looking for his next shot.

Now this photo is awesome on it’s own. There is a sea of faces from lower South Main all the way to the Courthouse at the top of the hill. There are so many cool signs and you could look at people for hours and not see them all. However, it was great to see a seventeen year old Ray Burt and to now know who had taken one of our Adwell photos. So, we decided to keep that print on display and add the other shot that caught Ray in action side by side.

By the way, Mr. Orman is in the photo too on an awning not too far away from Ray. He also has a larger camera in hand and is in the process of changing out the film. What a cool boss Mr. Orman must have been. After all, Ray Burt had just begun working for the Orman Studio and there he is with Mr. Orman climbing on rooftops to get the shot. You can see both photos in our gallery this Summer or online any time.