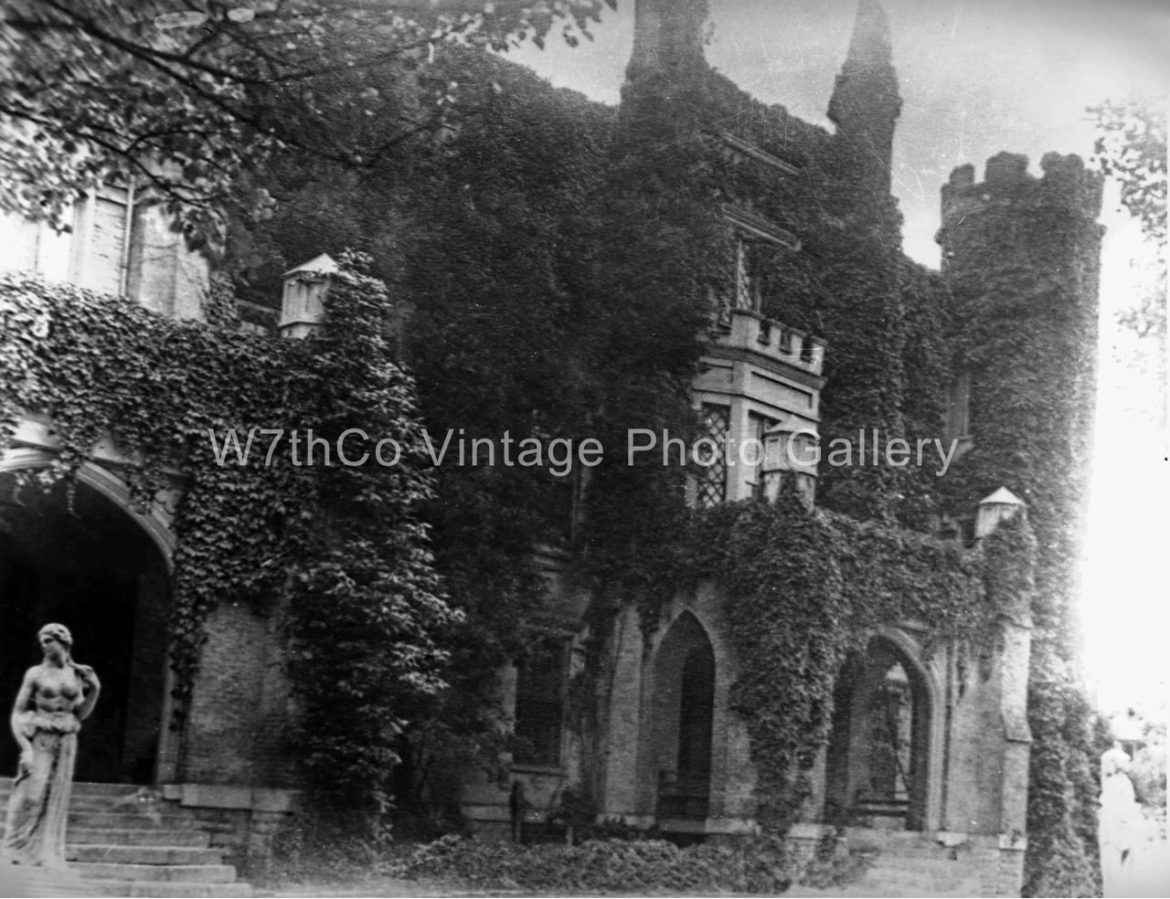 Walking around the Square in Columbia one can easily see that we are lucky to have so many buildings and landmarks that have survived for many years. We have lost some over the years to fire, progress or even neglect. Sometimes you have to look a little deeper beyond the obvious to find some of the survivors. They might not be the edifice that was lost, but there are parts, architectural elements and other vestiges of the past.

The Columbia Female Institute is one great treasure that was lost back in 1959 to fire. This wondrous, Gothic Revival castle stood proudly on a hill west of downtown for more than a hundred years as a beacon of what Maury County thought of education. Sadly it is gone not only as a structure, but to many people as a memory. We have a photo of it from c. 1890 on display and often the question is “where was that?”.

So many native Columbia residents have never heard of the Institute. Many often confuse it with the Athenaeum. Few people know the story about the college for women and its demise. Fewer know that select parts of the school are still around. If you have ever been to the James K. Polk Ancestral Home you may have walked right past long time residents of the Columbia Female Institute, the Four Seasons. The statuary in the gardens were once on display in front of the Institute on the campus grounds.

Not long ago we were doing some research on an entirely different photo, but came across a section of the Herald from December of 1915 that recounted the history of the Institute. In that piece there was an interesting tidbit about how sculptures came to reside on the lawn in front of the college. Turns out they were not always there, but were a gift from a student, Miss Margieretta Bowels (this is the spelling in the paper). She brought them from her father’s (J.B. Bowles) estate in Kentucky some time after 1866.

We started studying each of the photos we have of the Institute to identify each of the figures. Then we did a little recon and took photos of the statues as they are today. Unfortunately the elements have not been kind to these sculptures. We like to joke that one of the women has gone down a cup size or two. There are fingers missing and even a portion of an arm. Yet, you can clearly make out each of these; Spring, Summer, Fall and (old man) Winter.
So the next time you visit the Polk Home, take a stroll through time and admire the gifts of Miss Margaret E. Bowles (her actual name), some of the many vestiges of the past that are hidden in plain site.