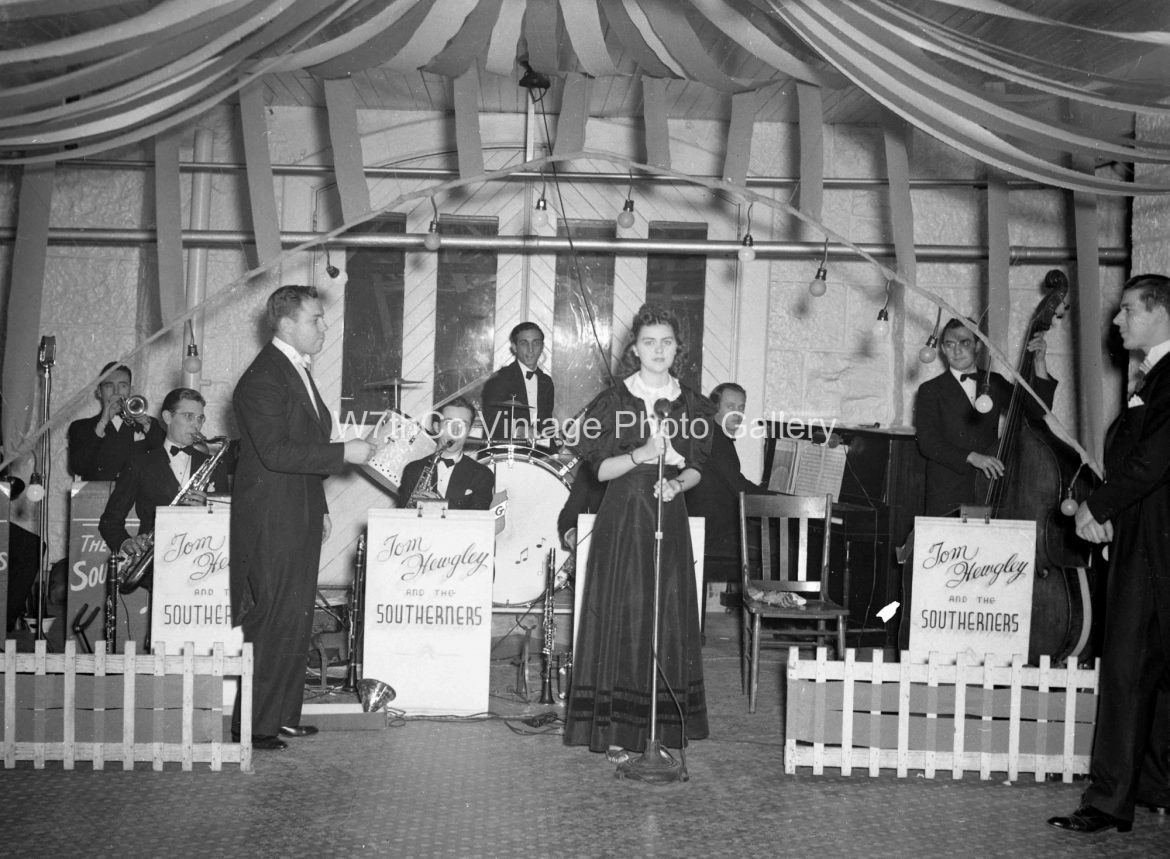 Growing up in Nashville when I was a kid meant you had to go downtown for some of your shopping. This especially applied if you were in need of a musical instrument. If you were in that market, then you went to Hewgley’s on Commerce. Now, I had the idea that Hewgley’s was a chain or perhaps a Nashville store. When I attended college at UT in Knoxville, there was a Hewgley’s there too and that only seemed to confirm my chain theory.

So, when I moved to Columbia I thought nothing of another Hewgley’s. Hey, it’s a chain, right? Wrong. A few years ago when we started going through the Orman photos, I saw a Hewgley’s neon sign upstairs on a building on W 7th St c. 1946. “Wow”, I thought, that Hewgley’s chain has been around much longer than I ever knew. But then I learned that there was a band director for Columbia High School named Mr. Hewgley. Coincidence? No. Then recently when I was putting together a collection of photos for the Music album I came across a photo from 1940 of Tom Hewgley and the Southerners, a big band, performing in tuxedos.

After a little research I learned that Tom Hewgley had a band before WWII with some friends from Peabody’s music school and Columbia. They played at dances, hotels and special events all over Tennessee, Kentucky and Alabama. Later Tom and his brother Jim opened the store on Commerce St. in Nashville and when Tom moved to Knoxville, he opened another location there.

When I look at these photos of Tom Hewgley and his band, I only wish that I could have seen them perform in their heyday. We often listen to 1940’s music here in our gallery, but nothing beats seeing a big band perform live.

Do you have stories about Tom Hewgley? We’d love to hear them. Stop by our gallery and share your memories.