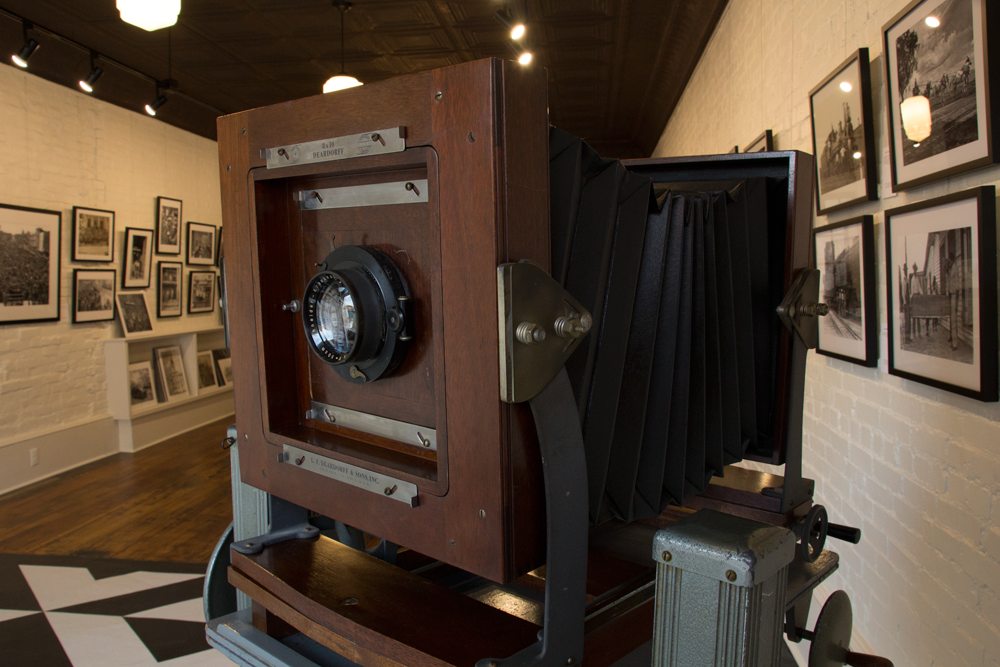 One of the remarkable items in our gallery is a 1945 L. F. Deardorff 8×10 Studio Camera. On it’s own, the camera is pretty impressive. It takes large format photos, has an amazing Schneider lens and it’s hand built. However, what really makes this camera a treasure is it’s history. This camera was in the same location for sixty-two years and took thousands of photos. It was used for wedding photos, school photos, portraits and more. If you live in the Columbia, Tennessee area any time from 1945 to 2011, there is a good chance you had a photo taken with this camera. For many years, the Orman Studio were responsible for all the school photos taken in Columbia. You can imagine that someone had a wedding photo in the 40’s, a short time later brings a newborn baby in for a photo, that child poses for a class picture in the 50’s and then comes in for a wedding photo in the 60’s, and then the cycle repeats.

Many people have come in and told us they remember going to the Orman Studio to have a photograph made and are surprised when point them to the actual camera that was used. Even more people have recognized the Deardorff from the studio. It’s fun to see generations of family members reminisce about wedding photos or family portraits they had made by this camera or to hear a grandmother tell a grandchild, “Your mother and I both had photos taken in our wedding gowns with this camera.”

We knew that we had to buy this camera and actually bought it before we closed on the building that would become the W7thCo Gallery, because we knew that some day there would be a museum here in Columbia and this camera needed to be a part of that. We’re proud to have become just that and to show off this piece of history that connects so many lives and captured so many people.