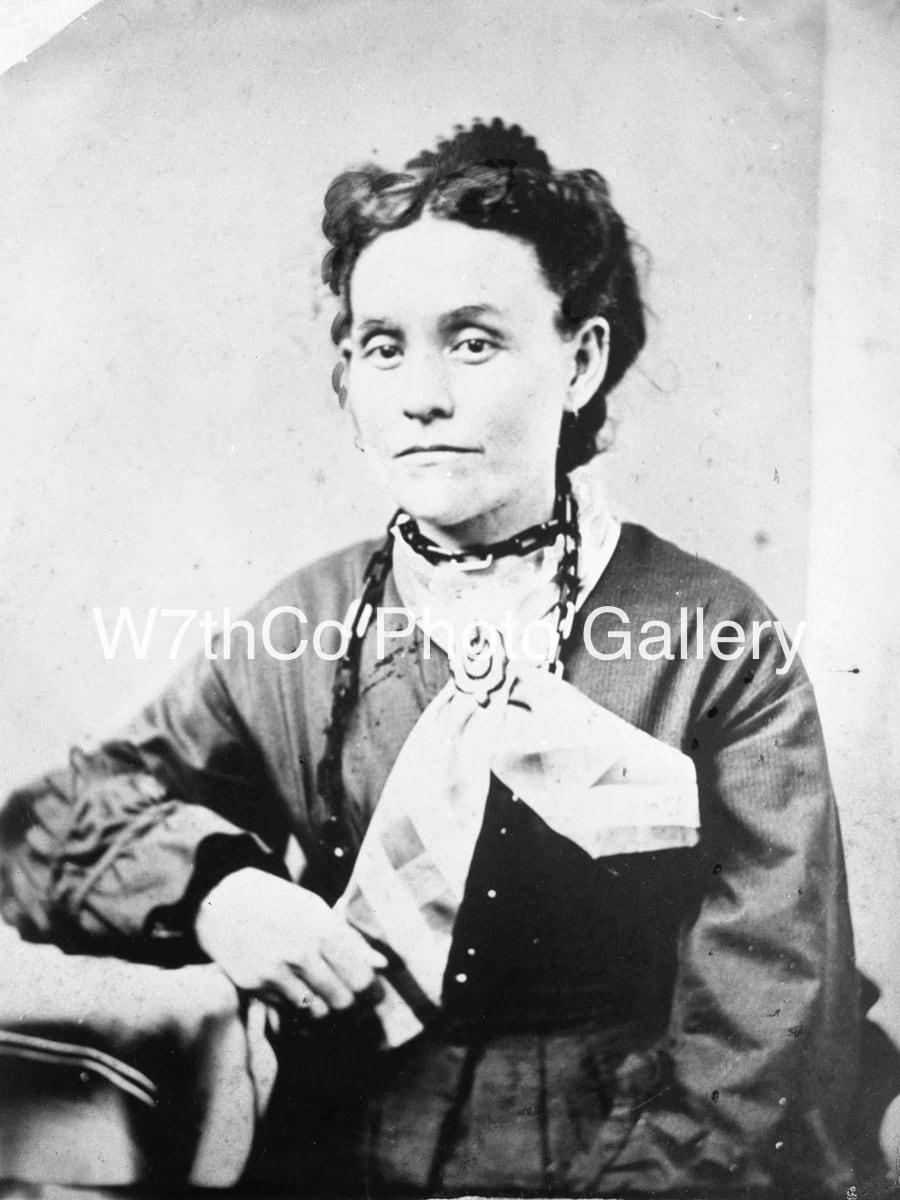 Every once in a while we come across a photo that stumps us. This recent find, a portrait of a woman from the late 1890’s, was quite puzzling. At first glance it is just a studio portrait of a woman. However, the large link chain around her neck seems strangely out of place. We made a few guesses as to what and why, but we were unable to come to a conclusion that made sense. Until a strange coincidence shed light on a possible explanation.

As most of you know, we are approaching a monumentous anniversary for the 19th Amendment to the Constitution of the United States of America, or what is commonly known as the right to vote for women. Tennessee played a key role by becoming the 36th state to ratify the amendment on August 18, 1920. Now, that August is here we are marking 100 years since the success of the suffrage movement. That’s the connection to this photo.

Protests by suffragettes included chaining themselves to fences and railings in public spaces to draw attention to their cause. The chain became a symbol of the oppression of women and their lack of rights. Jewelry that included chain links and jewels in the colors representing the movement (purple: dignity, white: purity, and green: hope) became part of fashion for women during this period. We searched and found examples of women wearing chain jewelry and holding chains, but nothing quite as dramatic as this portrait where the chain is draped closely around the lady’s neck.

The identity of the woman in our photo is unknown as is the real intent of the chain. Yet, it does seem plausible and perhaps the best explanation as well. As we all celebrate the expansion of women’s rights from a century ago it felt right that we found this particular photo. Coincidence or serendipity? Depends on your perspective. We choose the latter.

Do you know more about this photo? We would love to hear your thoughts or insights.