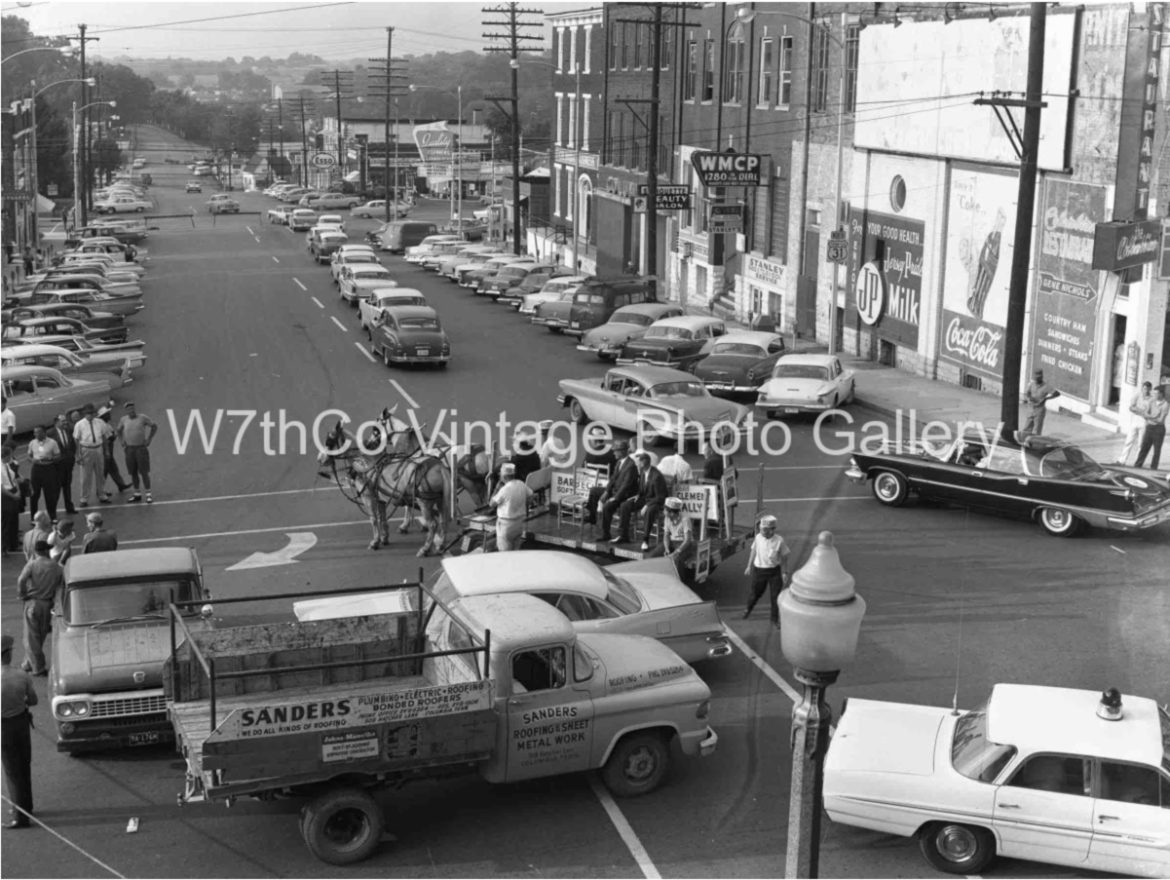 A recent visitor to our gallery was asking if we had photos of Hatcher Lane. “We don’t” I replied and added, “…not yet.” Because we have a million or more negatives to go. She explained that her interest was her father’s business, Sanders Roofing & Sheet Metal, which was located on Hatcher. So, we opened the photo database and searched “Sanders”. Six photos came up with four of those not being relevant to her family, but two did. Only, it wasn’t immediately apparent why.

The two photos that did were of a political rally on the Square in Downtown Columbia, Tennessee in 1962. However, because of the rally traffic was stopped at the intersection of N Main and Public Square and one of the vehicles was a work truck with “Sanders Roofing & Sheet Metal” painted on the passenger door. The address, 509 Hatcher Lane Columbia, Tenn was also there. All of this information (and more!) had been added to our photo database and that is why the search was successful. She ordered a print. It was a very neat image and the truck is front and center in the foreground with a view down N Main St.

There’s more to the photo as well. Governor Frank Clement is driving a wagon pulled by a team of mules around Public Square to the rally which took place in the northwest corner of the Square on July 18, 1962. Clement was running for a second term as Governor of Tennessee. He first served as the State’s executive 1953 – 1959. However, he ran again and won to serve from 1963 – 1967. You can see the whole series of photos that depicts the parade, his speech on the Square and a barbecue later in the day as well on our online gallery or at our shop on W 7th.