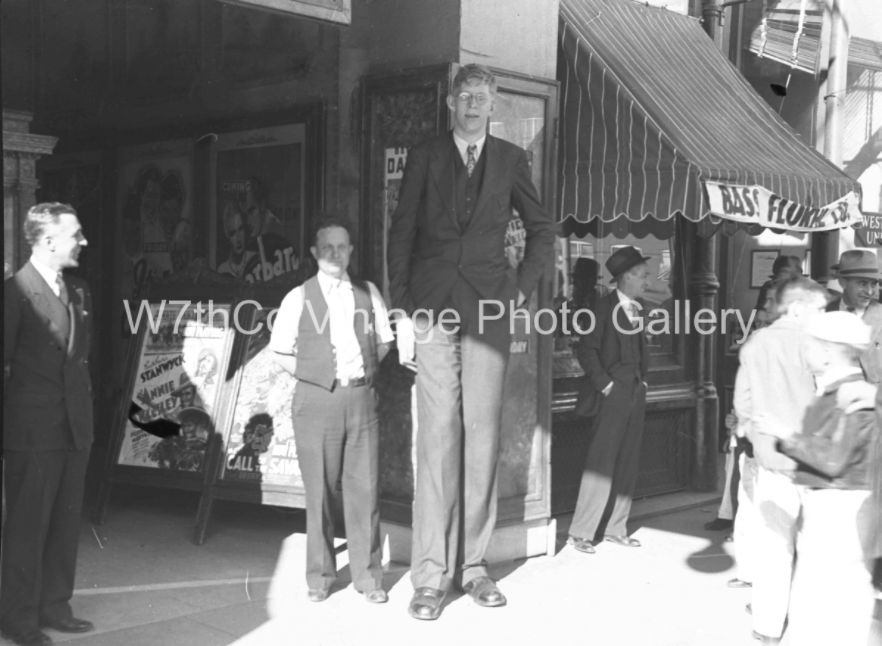 Many famous people have walked the streets of Columbia. However, none walked as tall as Robert Wadlow, the Alton Giant. One of our latest photo discoveries made us do a double take. Mr. Orman is photographed in front of the Princess Theatre in 1936 beside a teenager of enormous stature. Turns out it just happens to be Robert Wadlow, the tallest man in the world. A young man so tall that Mr. Orman barely reaches Robert’s elbow. In fact, at this time, Robert Wadlow (age 18) was reportedly 8′ 7″ tall. He continued to grow and reached 8′ 11″ by the time of his death at the age of 22.

So why was the world’s tallest man in Columbia, Tennessee? We have yet to learn that answer. Robert did appear with the Ringling Brothers Circus during this time, but not in Tennessee. He did make promotional appearances for a shoe company that made custom shoes for Mr. Wadlow. After all, you have to get your shoes made when you wear a size 37, right?

You can see the photo along with some other really great street portraits by clicking here.