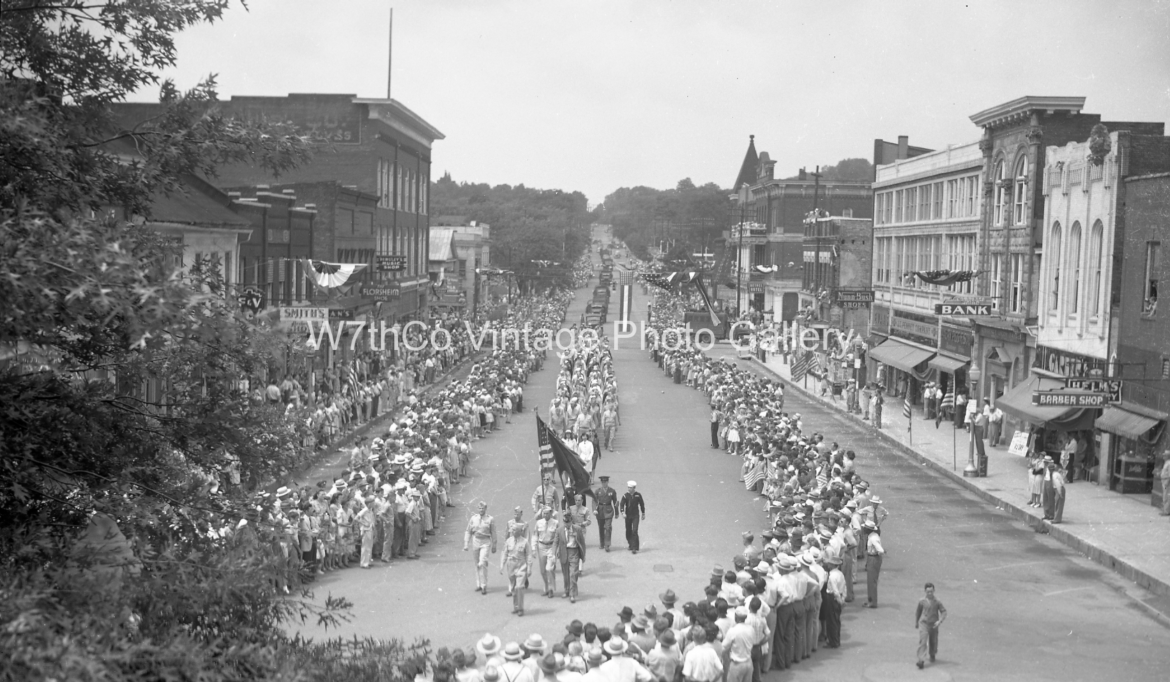 Our current show features people on the streets. Lots of the photos are are of everyday folks like you and me. However, one of the prints is a wonderful wide shot of downtown Columbia that is quite fitting for Veterans Day.

On August 15, 1946, the 82nd Airborne came to town and marched on W 7th St. to celebrate the anniversary of V-J Day (Victory over Japan). It was a spectacular event that the Orman Studio captured from many angles. Along with the 82nd Airborne were over a thousand Maury County veterans from each of the branches of the service including women who served and a contingent of African-Americans.

The parade was led by the color guard of the 82nd Airborne and speaker for the event, Col. Frank Allen, Jr. accompanied by the 53rd Army Ground Forces Band and the CHS band. A long line of military vehicles made their way from the Memorial Building to the Public Square and the parade was seen by a crowd of ten thousand who came to pay tribute to the veterans.

You can see a collection of photos from this parade in our online gallery. Just look for the VJ Day 1946 album. Of course, you can come by the gallery too and see one of the photos from our current show.