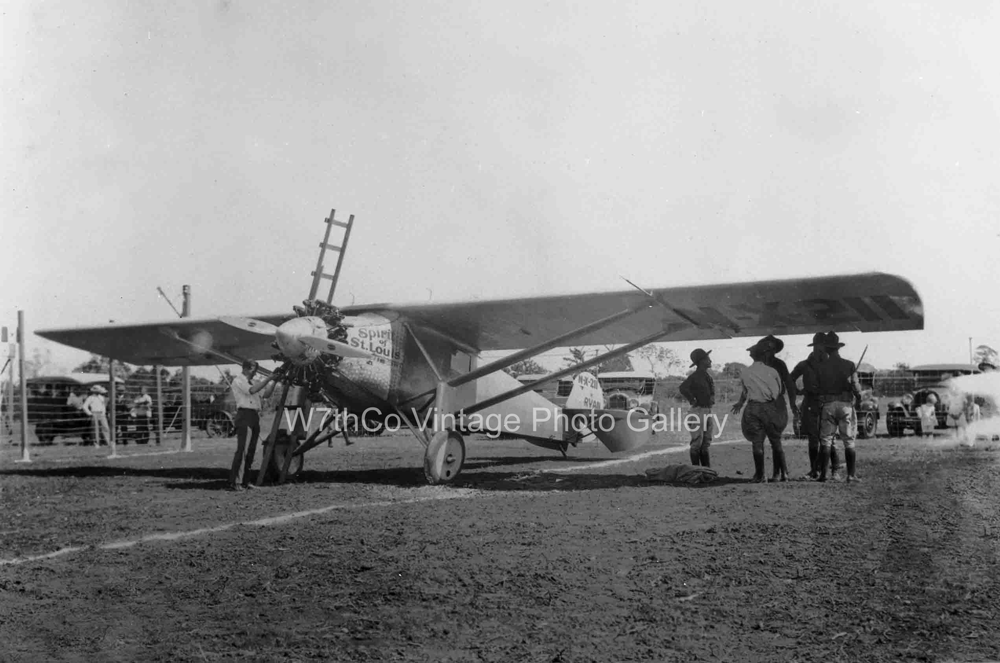 Most of you know that Charles Lindbergh flew the first solo transatlantic flight in 1927. His successful landing in France was heralded around the world as history. However, did you know that soon after he landed in Tennessee as well?

Shortly after completing his legendary flight, Charles Lindbergh took off on a tour with the Spirit of St. Louis. This three month tour took him to several states and promoted air travel. Mr. Lindbergh even visited three cities in the volunteer state; Nashville, Memphis and Chattanooga. Everywhere he landed on this tour Mr. Lindbergh and his famous plane were met by thousands of cheering crowds, except for when he made unexpected landings due to mechanical issues.

Was Columbia one of those unplanned stops? It sure looks like a possibility based on a recent discovery in the Orman Collection. In an envelope labeled “Lindbergh” there was a single negative with an easily recognizable nose on a plane that read “Spirit Of St. Louis”. Alongside of the engine was a tall, lanky fellow working on a piston with a wooden ladder leaning on the fuselage that must be Mr. Lindbergh. Nearby are some fellas wearing uniforms that look exactly like those worn by the 109th Cavalry of Columbia, TN. One man in the group wearing jodhpurs and a WWI era Army visor cap is strikingly similar to Capt. Willoughby Jackson.

So, the question is… did Lindy make a landing at Gray Field?