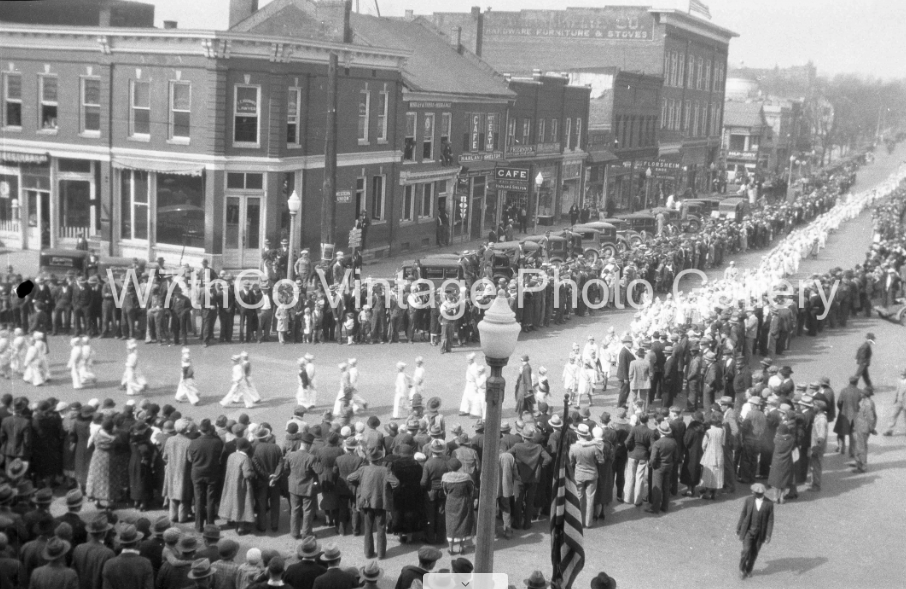 I will bet that there are few of you that remember Blue Ribbon Day in Columbia, TN. I had never heard of Blue Ribbon Day until we uploaded several shots from the 1930’s that were marked (what else) Blue Ribbon Day. So, I decided to do a little research.

In the Spring of 1932, Maury County established the Blue Ribbon Parade to “promote good health in children”. There were similar health conscious movements in other Tennessee towns including Franklin. In March of 1935 there is a Columbia Herald article that tells of 2,500 children that marched in the parade along with the Columbia Military Academy band. The grand marshall was T.L. Cunningham. I found another article from 1937 which reported 3,500 children participating in that year’s parade. At the beginning of WWII in 1942, the parade was called off for the war effort.

These are marvelous photos that include wide shots of West 7th Street, the Maury County Courthouse and thousands of children all dressed in white. Columbia natives will recognize many of the businesses that they grew up with and perhaps a few that they will not remember as some did not survive the Great Depression. You can see the full gallery by clicking here.